I had a camp in a small lagoon I came to call the swamp. Although I've never been completely homeless I stayed with my aunt on her couch and had an address but I spent most of my time camped out with the homeless

The people of the community also frequented the lagoon they had one of the few dirt BMX stunt tracks around.

Duluth has the best bike trails around. Collage students and teenagers came from all over to ride the track.

People fished there and walked dogs there and lived peacefully with the homeless together together for a long time.

I was gone for about a year had to do a little time.

They built a bike trail. A trail not only threw my camps but all of the camps along the shore of Duluth. All Behind the free way. From west Duluth Minnesota to Duluth's scenic canal park. In the other direction clear out to The William munger trail which goes all the way to Carlton county

The only good thing is they just connected all the bike trails in Duluth together creating a superhighway like network of bike trails threw some really dense woods that would be impossible to police or regulate.

When I first got there I asked a passer by what happened.

"Oh nice isn't it?"
Then she leaned in and said " except we've been having a problems with..(she whispers) the homeless people "

It would be beautifull except for the no trespassing signs directed at the homeless.

They posted them and then placed eviction notices on their tents and gave them 48 hours to leave.

Now upper middle class housewife's with there children and helmet wearing spandex clad cyclists shouting "to your left!" And people walking their dogs are every where all the camps are gone and thyre covering up graffiti thats been there longer then they were

Its all landfill, recycling plants, railroads, mines, and industrial land No one cared about. But to those of us banished from sociaty it was our home.

Now police have areas where they park there cars and target the homeless.
Camps have been going down all along the shore.

Its been happening all over town dispite the efforts of homeless rights advocates, protests, and even a bill passed to protect homeless rights called the "homeless bill of rights."

I haven't got all the information or worked it all out yet but I am going to try to create a site so homeless people can network.

Provide resorses, Maps of safe places to camp, message boards for people to tell there story's and ask questions. so we can together fight back against the gentrification of homeless camping areas.

If they truely passed out eviction notices that to me is implying a lease. It should be brought back to court.

If this is true they acknowledged some sort of contract. Its a civil dispute and we were never represented fairly

I've spoke with some of the older people in the community that grew up playing there. Even they can't go there any more. Restricted by signs that say

"DANGER" "
NO TRESSPASSING ON RAILROAD PROPERTY.

The property is on old railroad property or they wouldve never been able to build there scenic pleasant bike trail.

I've Been at my sites there for 3 years.

Homeless rights advocates had made agreements with the railroad company to use the deserted former railroad.

After I was released I was exited to get home and saw all the bull dozed ancient oaks an pines gone. even the wildlife got evicted.

The homeless in the camps in these wooded areas are different from. Your downtown city type its a lifestyle and not a chosen one.

Not easy in a climate like ours. I say its not a choice because these are the people that can't get housing; felons or people that have burnt all their bridges. Some even so bad they're kicked out of the shelters.

"I may lie beg cheat and steal but I will never bend bow or break."
Leo Kaseno

The homeless people that live there are desperate and have to do desperate things.

I've Been stolen from several times. I've never stole any thing from any one. I'm not a thief and I had a place to go and family that helped me out when things got bad

In their defence I did brag about things I had a little too much. knowing they probably needed it more than I did

I took it personal a couple of times but in one way or another they either took me in fed me or came to my defence when I needed them most.

if I was desperate those same people had warm fire, a shot of vodka, smokes they shared and depended on each other as well

we shared everything the good and the bad. It's a hard life but some of my best times were in that swamp. Its sad to see it become another tourist attraction. 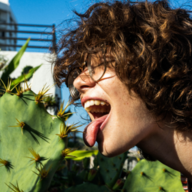 This is so fucked up
•••
You must log in or register to reply here.

A Nomad on the Spectrum.