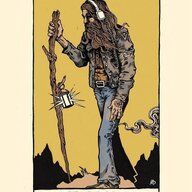 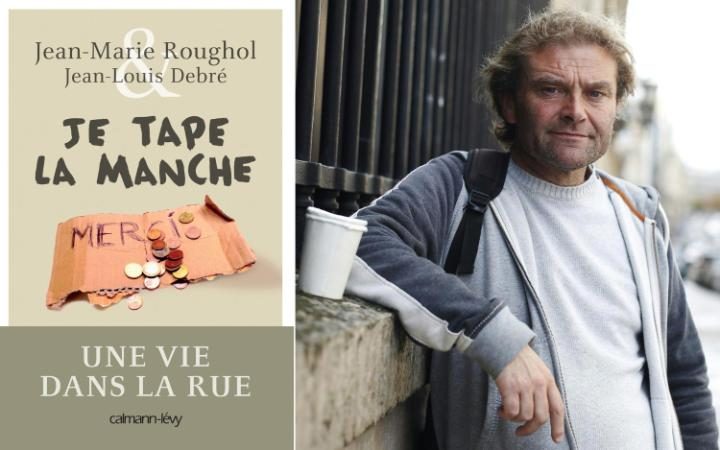 A homeless man's uplifting memoirs about his 27 years begging on the streets of Paris has become a bestseller in the lead up to Christmas. Jean-Marie Roughol's 176-page book, Je tape la manche: Une vie dans la rue (My Life As A Panhandler: A Life on the Streets), has sold nearly 50,000 copies and earned him a cult status.

As he collected coins in his plastic cup this week, dressed in a Santa hat, he joked: "Money for a fashion bum, please." Roughol, who is 47, began jotting down the story of his life two years ago in school exercise books while he sat on park benches.

He was helped with editing and writing by former French interior minister Jean-Louis Debre, who got to know him after Roughol offered to look after his bicycle for him while he did some shopping on the Champs-Élysées. In the book Roughol tells how their friendship was cemented when a couple who saw them chatting, said, "Look, it's Debre with a hobo."

Now, despite all the sales and television appearances on the Michel Drucker chat show, Roughol is still on the streets while he waits for the profits from his book, which is published by Calmann-Lévy , to roll in. He was given a small advance and used it to buy a smartphone to keep up with his growing band of followers on Facebook, where his profile picture shows him with a rat on his shoulder.

Roughol told AFP reporter Cicile Azzaro: "In 10 months I will start getting my royalties, although I would prefer to have them now. People write to me from everywhere and I am stopped every day by people who have read my book. Last week I was taken to a restaurant by a man from Tennessee who bought 15 copies of my book and another person came from Switzerland with chocolate for me."

Roughol says he was abandoned by his mother when he was a small child and brought up by his alcoholic father. He ended up on the streets after he lost his job as a waiter in his early twenties. Roughol says he hopes the book might help change the way homeless people are viewed. "People who have read it say they look differently at us now."

Not everyone is praised in the book, though, as there are unfavourable claims about the behaviour of left-wing politician Jean-Luc Melencho and actor Gérard Jugnot, star of the hit feelgood film The Chorus.

And thanks to the book Roughol has been reunited with one of his long-lost brothers. "He saw me on the TV and didn't know I was homeless. When you are on the streets, you are ashamed and you turn in on yourself. Now I have nieces and nephews who want to meet me – imagine! – when I have always been alone."

In his celebrated 1933 book Down and Out in Paris and London, George Orwell wrote: "There is only one way to make money at writing, and that is to marry a publisher's daughter." That's not true of Roughol, who hopes to use the profits to open a creperie, adding: "When I have my own apartment I will buy a computer so I can continue writing books."

I closed my account
That's a pretty good story, cool he is getting reacquainted with his family.

I wonder if he has any plans to try to help make life better for his fellow street dwellers.

I'm certain there are some among us who have writing skills...could be you.

7xMichael said:
I wonder if he has any plans to try to help make life better for his fellow street dwellers.
Click to expand...

Mission to Rescue the Buddah