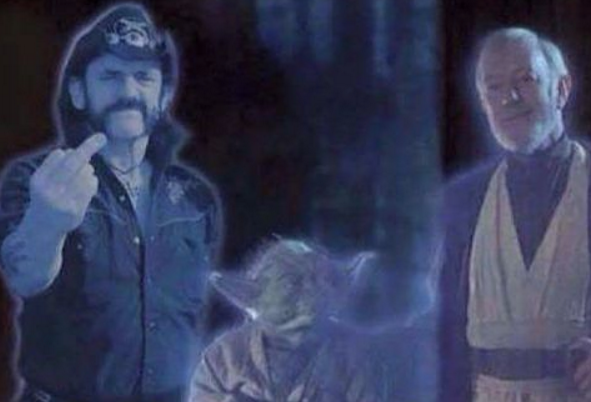 Lemmy Kilmister, founding member and frontman of Motörhead. has died. He was 70 years old.

News of his death was first reported by radio and TV host Eddie Trunk, who was a longtime friend of Lemmy. Several others have since confirmed the news, including Black Sabbath frontman Ozzy Osbourne, who wrote on Twitter, “Lost one of my best friends, Lemmy, today. He will be sadly missed. He was a warrior and a legend. I will see you on the other side.”

In a statement posted to Facebook, Motörhead wrote, “There is no easy way to say this… our mighty, noble friend Lemmy passed away today after a short battle with an extremely aggressive cancer. He had learnt of the disease on December 26th, and was at home, sitting in front of his favorite video game from the Rainbow which had recently made it’s way down the street, with his family. We cannot begin to express our shock and sadness, there aren’t words. We will say more in the coming days, but for now, please… play Motörhead loud.”

Update – Tuesday, December 29th at 8:20 a.m. CT: In an interview with Sweden’sExpressen, drummer Mickey Dee confirmed Lemmy’s death marked the end of Motörhead. “Motörhead is over, of course. Lemmy was Motörhead. We won’t be doing any more tours or anything. And there won’t be any more records. But the brand survives, and Lemmy lives on in the hearts of everyone.”

Update – Tuesday, December 29th at 7:30 p.m. CT: Rolling Stone has published a detailed breakdown of Lemmy’s final days. Just days ago, Lemmy was diagnosed with terminal cancer and given two to six months to live. “A doctor visited early Monday. Ozzy Osbourne would be coming by that day or the next. Lemmy spent hours on the video-game console, as Rainbow owner Mikael Maglieri paid a visit. Then Lemmy nodded off and never woke up again,” notes Rolling Stone.

In addition to cancer, Lemmy had been suffering from a number of other well-publicized health issues, including diabetes, a heart arrhythmia, and hematoma. In 2013, he was fitted with an implantable defibrillator to correct an irregular heartbeat. His health issues had caused the cancelation of multiple Motörhead performances in recent years, though Lemmy remained an active force up until the time of his death.

Ian Fraser “Lemmy” Kilmister was born in Staffordshire, England, in 1945. Inspired to become a musician after seeing The Beatles perform in concert, Lemmy spent his 20s playing in a variety of bands and also served as a roadie for the Jimi Hendrix Experience.

In 1972, he was hired to play bass in the UK space rock group Hawkwind, despite having no previous experience on the instrument. He quickly honed his skills, helping shape the band’s sound on critically acclaimed albums such Space Ritual, while also singing lead vocals on the song “Silver Machine”, which peaked at No. 3 on the UK charts.

Lemmy was the founder, lead vocalist, bassist, principal songwriter, and only constant member of Motörhead since the band’s formation in 1975. To date, Motörhead have released over 20 studio albums and achieved 30 million in sales worldwide. Their last record, Bad Magic, was released in August 2015.

Motörhead saw far more commercial success in the UK, though they achieved a cult status in the US. Their ferocious hard-rock style rejuvenated the metal genre in the late 1970s and inspired everyone from Metallica and Guns N’ Roses to Dave Grohl. Albums such as Ace of Spades, Orgasmatron, and Rock N’ Roll were critically lauded, though ironically the band’s only Grammy Award came via a cover of Metallica’s “Whiplash”, which they recorded for a tribute CD.

Lemmy’s outlandish behavior further fueled his iconic status. He was fired from Hawkwind after being arrested at the Canadian border for drug possession, yet his appetite for drugs and alcohol remained a constant throughout most of his career. He famously claimed he had drunk a bottle of Jack Daniel’s every day since turning 30, and he was also a proponent of amphetamines. Recently, he joked that he had switched from drinking whiskey to vodka for “health reasons.”

“Apparently I am still indestructible,” he insisted in a 2014 interview with The Guardian, noting that the only thing that will keep him from playing music was death itself. “As long as I can walk the few yards from the back to the front of the stage without a stick,” he said, adding with a laugh, “or even if I do have to use a stick.”

Lemmy also dabbled in acting with cameos in films such as Airheads, Hardware, and even Foo Fighters’ video for “White Limo”.

Consequence of Sound had the honor of speaking with Lemmy during the Motörhead Cruise this past September. In the audio interview, he reflected on his career, why he continued to perform despite his age and health issues, and why heavy metal is the greatest genre in music. In typical Lemmy fashion, he also took a swipe at fellow UK natives Radiohead. You can listen to the interview in full below.

Watch Motörhead’s video for “Ace of Spades” below.

dude, i'm so bummed about this. one of my favorite people in metal, and although i knew it wasn't true, he seemed invulnerable and would last forever. damn, the times are changing.
•••
K

I closed my account
Well, I guess I'm old enough.

Dude was rockin' until the very end I read. 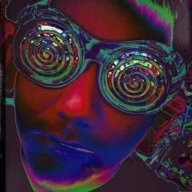 It might not be very metal but I got a little misty when I heard this.
••• 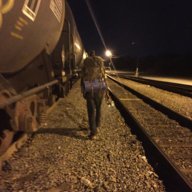 Matt Derrick said:
dude, i'm so bummed about this. one of my favorite people in metal, and although i knew it wasn't true, he seemed invulnerable and would last forever. damn, the times are changing.
Click to expand...

when i heard i didnt believe either i figured if anyone on this planet consumed enough jack daniels to pickle their body and live forever it was him... so sad
•••
You must log in or register to reply here.