Every traveller and nomad likes to think they’re an expert on safety when it comes to travel.

They know that South-East Asia isn’t as dangerous as people make it out to be. They know that Europe isn’t really like the movie Taken, unless you share a taxi with a complete stranger, let them know you’re alone, and then show them where you’re staying.

They wear a money belt, they have back up copies of their passport, they place their keys in-between their knuckles when they are in a sketchy area.

However, if there’s one thing I’ve learned from my own personal travels, it’s that research is your best friend. Whether you’re planning a weekend getaway, a gap year, or a summer abroad, research is key.

Yeah it’s true, there are certain places around the world like South America and South-East Asia that will immediately send your parents into a panic. However, are these places really as bad as they seem?

The website International SOS released an interactive map showing the safest and most dangerous countries around the world. 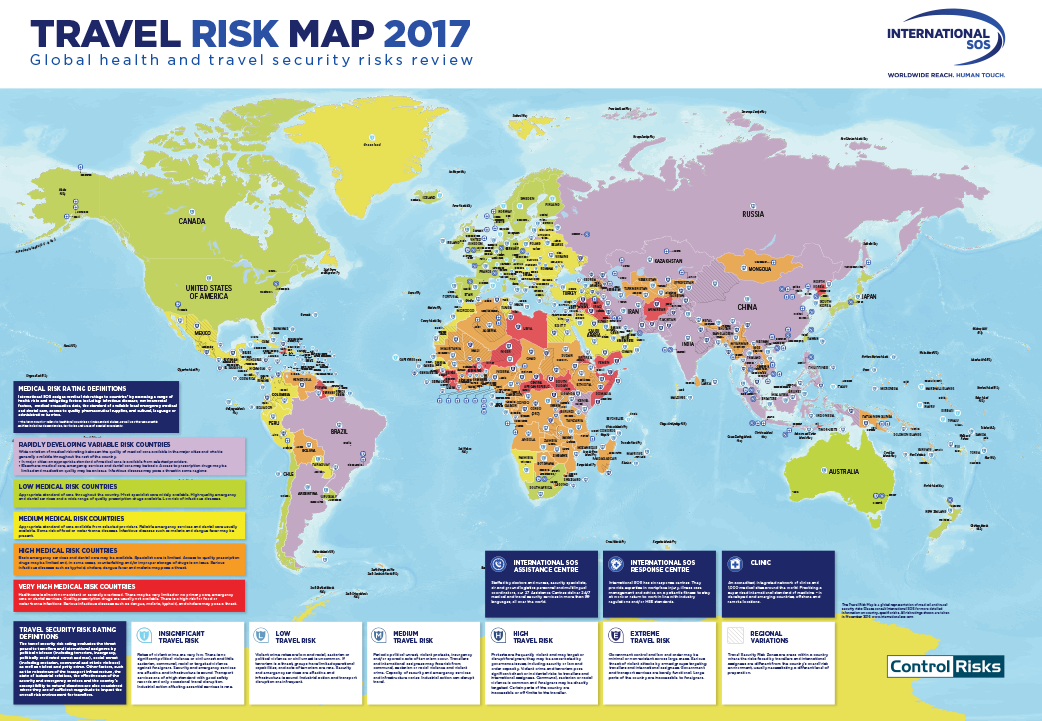 With the interactive version here.

That leaves purple, which might as well be labeled “???.” These countries are “rapidly developing variable risk countries.” Which essentially means that the medical risk varies throughout the country so further research on the areas you plan on visiting will be required.

Some notable countries highlighted in purple include: Brazil, China, Russia, and a large chunk of South-East Asia.

Most of the countries are ranked as expected.

The safest countries include: Canada, America, most of Western Europe, and Australia.

The most dangerous countries include: North Korea, Afghanistan, Libya, and Iraq.

However, there are some countries in South East Asia, South America and even Africa that are also ranked as relatively safe for travelers including South Africa, South Korea, Chile, and Taiwan.

So, before you take of on your next adventure, it might be useful to check out the medical and traveller risk in your intended destination.

Enjoy this article? Recommend it to your followers!
http://www.theplaidzebra.com/safest-places-to-explore/
Reactions: roughdraft, DuHastMich and Brother X
•••