I was up near Price, UT for some Wildland Firefighting training, and decided to hang out 6 miles north up in Helper, due to the fact it has a (used to be) major train yard and an awesome historic district.

I ended up finding a couple abandoned buildings that i had scouted on the drive in, looks like they had already been destroyed for the most part by the local kids, but I did find aome rider tags, and a few nice rooms on the property. There were multiple buildings. I'd stay there.

This is a tunnel under the road leading to the tracks from the squat. These limestone bricks were hand made to make this bridge. Back when natural resource engineering was at its prime. Imagine the work that went into this tiny bridge!!

One of the pedestrian bridges over the Price River.

SO many abandoned buildings in this beautiful setting.

Thumbs up for Jesus!!

"Big John" made as a tribute to the coal miners, in this energy producing area of Southern Utah. Named after the famous Country sign from the 60's (this statue is huge!)

Looks as though the art scene has moved into this otherwise forgotten town, after the energy boom subsided after the 1980s

Help Union Pacific Yard. This was, at one time, a MAJOR line/yard, with all of the lines around. Pretty quiet these days, trains don't even CC here anymore...however I did have a significant stop here on one of my rides, one of the reasons I decided to come back and check it out.

The town has a pretty awesome, and substantial Raidroad and Energy museum.

I HAD to leave something behind for the town to remember me by....

As night creeped in, so did I, into the depths of the 20 track Helper yard. Its sad when every car you trace comes back as "Held for Reassignment"......

Got into one of the waiting units in the yard, didn't even know these red lights inside the cabin existed...UP uses DPUs to push trains over Soldiers Summit into Provo.

I obviously didn't read the signs.... 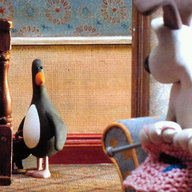 I'd often see highway signs indicating Helper but I can't remember ever traveling through. I assumed the name Helper came from Mormonistic goodness. "Hi friend. May we help?"

Nope. The name came from helper engines, now called pushers, to get them up the grade to Soldier Summit. Nice visit Coywolf; I envy you.

The town supposedly is ham-handed with issuing speeding tickets for revenue.

It was a major RR hub for the Denver and Rio Grand Western line; a hotbed of activity from the late 1880's until well into the 1900's. Don't know if it's still active. You mentioned Union Pacific, I'd lean toward your assessment.

Originally, Helper was a quasi-corporate town with houses built for the railroad workers. I have no idea if those were some of the squats you mentioned, gad, these places were built in the late 1800's, early 1900's.

Thumbs up Jesus? As long as he's wearing Mormon underwear.

An aside. Who is familiar with the Metaphor sculpture outside of Wendover NV on I-80 eastbound? Gak. So artsy. Weird what some think lovely. The straight, desert highway with pull offs for bored, tired drivers, Wendover to Salt Lake City.
OP

Thanks for the history, I was going to add alot of that but got lazy. Ya after Denver Rio Grand was either either discontinued or absorbed (by I think UP, please correct me if wrong) it turned into a UP line and they run alot of the coal/mineral trains out that way. The station in Helper is definitely a UP yard.

I thought the name helper was quite appropriate, as the do still add helper engines there sometimes going to SLC.

Those abandoned houses are most likely railroad employee houses, as their location to the tracks were prime. Looks to have been built in that time period as well.