Hello Strangers on the internet (1 Viewer) 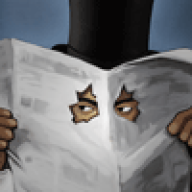 Hello. Signed up to this forum cause yall looked like the right kind of weirdos.

Been in The UK on a volunteer thing since january as a way of getting my feet wet. Plague is making it a little less exciting than I hoped it to be. (Hoping the pubs open back up soon.)

Once I'm back in the states (Eastern WA) around Dec I figure I'll hop in my shitty van and roam around the national parks until it runs into an issue I can't fix. Got the thing for 300 bucks so at scrap price I figure I'll break even when it dies.

Was hoping this would be a good place to find some friends. Probably gonna slum around for quite some time. I used to work but I don't have the temperment for that shit. Holding a proper job makes me wanna die.
•••

Welcome to STP! Greetings from Nova Scotia Canada. If you come to eastern Canada hit me up.
•••

Where’ve you been volunteering? What has it been like? Welcome!
•••

Surrey, at a school for kids with communication issues. They're sweethearts and mosters all at once.
•••

Welcome to StP!!!
•••
You must log in or register to reply here.

Introductions Jun 28, 2020
folkpunkordie
Did i just win, or did i just disguise my psychosis