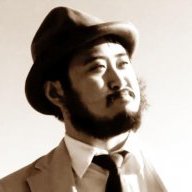 Happy Easter everybody! We celebrate Easter because Jesus was way cool! No wonder we go around hiding eggs, then hunt for them, chase bunnies, and microwave peeps. Here’s a little poem about Jesus and how cool he was:

Jesus was way cool
Everybody liked Jesus
Everybody wanted to hang out with him
Anything he wanted to do, he did
He turned water into wine
And if he wanted to
He could have turned weeds into marijuana
Or sugar into cocaine
Or vitamin pills into amphetamines

No wonder there are so many Christians

This video was fun to make!
D

I closed my account
I'm not Christian, nor do I celebrate Easter, but thank you.

Thanks yo, this is sick!
You must log in or register to reply here.