this guy got super butt hurt that i asked him "publicly" to add some context to a thread he started that only had a link in it. you can find that thread here. note that the thread in it's original state only contained the link, he added the lazy one line of text after i asked him to explain the link.

he decided to private message me about how unfair it was that i call him out publicly. i tried to civilly explain that is how we do things here and he just posted confusing things about how i'm making him a scapegoat. kinda lost my patience but i don't have time for this kinda crap. conversation is as follows:

the guys a complete wingnut.

edit: he also seems to have deleted his previous profile posts including one that seems to be in reference to a comment he made in the conversation you two had.
OP

yeah, he also created the account @grategooglymoogly and is posting all kinds of stuff about me sucking dick in roseburg for some reason? i guess he thought he could create another account and i wouldn't know it was him (see screenshot on ip logs).

so, yeah. banning @Goldenvoid for being completely out of control because i dared to ask him to add some context to a link he shared. running the spam cleaner on his other account @grategooglymoogly and moving this thread over to the den of the banned. 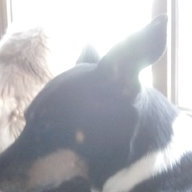 Admin does a great job, sorry you have to deal with trouble makers.

God, makes sense if the dude is from Roseburg. Wingnut central. He will Probably keep coming back , they always do...

If I was the admin right now, I would've bought him a pacifier and then apply my actions.