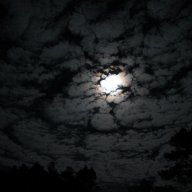 Location
The woods in Northern California, near the beach.

Thought I'd share this unfortunate story....Just to bring you all down haha.

When I left home at age 14 I met this guy named Army. He was probably 16 or 17 and he had this girlfriend named Lisa who was my age. Both of them had big, huge mohawks. That's how we met, they saw me on the street & said, "Hey man! We like your 'hawk!"

I started hanging out with them after that. We were squatting with Army's friends in a basement in LA. After awhile, Army started fighting with the guy who sort of ran the squat & got himself kicked out. And that meant that Lisa & I had to leave, too. We didn't really have anywhere else to go, so Army said we should train hop down to New Mexico and stay with Lisa's sister. I was, as I said, only 14 and I didn't have other friends so I said why not?

The day we left I was so high on dope I can hardly remember what was going on. I don't even remember actually getting on the train, I only remember sitting on there train car with a bunch of other hobos. But the next train we were supposed to hop, that's when shit went down.

I remember Lisa jumping on the train first as it was starting to leave. Army said, "You go first!" but I shook my head & said back, "No, you." Then, next thing I remember, Army got caught under the wheels of the train. I was so fucked up at the time that I could hardly react or even scream. The train rolled away with Lisa on it & that was the last I ever saw of her. And there I was, stranded in the Arizona desert, only friend in the world just killed right in front of me. I didn't know what to do, and there was blood all over me, so I just ran in the other direction as fast as I could. Eventually when I was less fucked up I was able to get some money to buy a greyhound ticket back to California. And man, that seemed like the longest bus ride of my life. I was so worried about Lisa. And I was so scared over what I had just seen. And I was now without friends.

I don't know why I felt the need to share this story. I bet someone on here has had a similar situation happen to them. And I had never shared this story with anyone before because, quite frankly, it's not a feel-good story. Haha. That was my first and last train hop, though. I feel like I should try it again someday. But this time not all swacked out on dope!

Fuck man, I've had nightmares along those lines, but nothing even near that bad in reality. Sorry to hear about that.

Crazy man! Ive seen people fucked up in front of me, but never dead...can only imagine.
T

I closed my account
i can believe its that easy. do you really get sucked under the train? it looks scary to train hop when its wet, like, you could slip and your foot would go through a ladder or something.
L

wizehop said:
Crazy man! Ive seen people fucked up in front of me, but never dead...can only imagine.
Click to expand...

Location
The woods in Northern California, near the beach.

I think it's entirely possible to get sucked under! Freaks me the hell out, but I still want to try it again.

ThatDudeRat said:
I think it's entirely possible to get sucked under! Freaks me the hell out, but I still want to try it again.
Click to expand...

Really? maybe I am wrong here as I am still a bit fresh but the only cars I felt like you could easily getfucked up on (atleast when first getting on) is a box car cus theres not much to reach for. On grainers and IM's even if your foot slips off the ladder you will be fine so long as you are hanging on with both hands. But If you dont ride sober, anything is possible i guess.

Fracture skulls ext..not train related. Trains wise I have had to pull someone who stepped into the empty part of a suicide while moving with the help of another..that was close, and another time again a close call with a suicide IM ride. Both times alcohol were a factor.

ugh i had an almost-wouldhavebeen-disaster last year hoppin out of helena. we're waitin for this mug to start movin and ex old man thought it would be A REALLY GOOD IDEA to load a fat bowl of DMT and roast the whole thing to his dome in one hit. he threw the pipe (and our only fkn lighter) off the train and then threw his head back making weird noises as soon as it hit him, which is when the train cracked.

i spent the next 20 minutes trying to pull his dumb ass back into the well bc he's trying to climb over and crawl into the knuckle, mumbling something about satan and some kid we met in nashville. he's 6'4 and built like a brick shithouse, i'm barely 5'3 and pushin a buck thirty, had him by the hips using all my weight to pull his dumb ass back into a 48 well. it was so ridiculous, he was trying really hard to reach for wheels in his delirious stupor and i finally had to haul off and punch him in the fucking head with every ounce of strength i had before he sat the hell down. at that point, he threw all his gear off the side of the train and was about to throw his dog off too before i imagine he was gonna try to jump ship, but then after a few more minutes he came down and bitched about the fact that i let him throw his pack off the train. ugh so much stress with that one. so much unnecessary stress lol.
D

I closed my account
Damnnnn. How is that DMT? Heard some horror stories but a big part of experimenting is the risk. Sucks that people who make shitty choices often have dogs.

well it's a dissociative so it pretty much fucks you all the way off, and might be the actual dumbest fucking thing you could ever ingest on a train.. moving or not.
i still get the urge to find him and take his dog from him. he should not have a dog, and she's the sweetest thing. ughhh
D

I closed my account
sounds like salvia or something. was my first trip and what a way to go
K

ThatDudeRat said:
I don't even remember actually getting on the train, I only remember sitting on there train car with a bunch of other hobos.
Click to expand...

Whenever I am trying to get people to believe my bullshit story, I always try to remember to mention that there was an entire fucking herd of unshaven hoboes with smelly socks, bindles and barely lit snipes dangling from nicotine stained lips.

wizehop said:
Both times alcohol were a factor.
Click to expand...

I don't know how I'm still alive. Honestly. Glad I have backed off the bottle. Riding trains, sailing boats...whatever, requires a sound mind.

whelp. speaking of fucking up first time hopping.
nd I live like 20 minutes out of the city taking the skyway/highway and such, and
the other day I went out drinkin with my friend for his birthday. we were fucking plastered, like, I haven't drank that much in a long time... and he was buying me tons of drinks, and I was finishing his girlfriends and her friends drinks (they didn't like the taste and such) bottom line. is I was way too drunk to function. and apparently he left. I didn't realize, and I think people kept buying me drinks, because I remember still drinkin. then I realized he wasn't around anymore...

so I called him like 5 times before he answered. and asked where the fuck he went, he responded with oh im home. things are shady on that after that, then I just remember walking into a club/bar and pissing (not gunna lie, I think it was on the floor) followed by asking how to get to southside, I got told what to do, ended up browning out more, next thing I know ive been walking through the ghetto for a couple hours (in my patch pants, my vest, hoodie, black shirt and about 90 mardi gras beads) dropped all my shit outta my pocket once I got over halfway through, realized this, walked back, ended up finding it, thought I lost more so I kept walking back and forth (turned out it was in my other pocket the next morning) browned out again, ended up smack dab in a wonderful neighborhood. luckily a ladie friend I had was 2 houses down, so I tried to call her to let me in. she didn't answer (apparently she did, but I didn't say anything for 20 seconds, so she hung up) and I also called the wrong girl with the same name twice who didn't answer.

that's when I look up and saw the train going over the bridge. I specifically remember this part. i was all like fuck everything, friends hate me, ladie i like wont answer, old friend left me 20 miles from home, im fuckin up school, im fuckin up basically everything else, im a drunk asshole... just like really down, and thinking this is like one fucking solid chance to hopefully get away for a bit, climbed up there watched it go for a second last thing i remember was jumpin up/grabbing at a bar even though iknew it was going just a little too fast for how drunk i was...i don't remember the rest of the night besides sitting on a stoop later in the night

according to my buddy i called him sayin i just got on a train, but then i guess i called him again shortly after saying i fell off


not really a good story, i just thought it was kinda funny... and that im lucky i really didn't fuck my shit up or die... no one woulda found me up there if anything did happen
You must log in or register to reply here.