Is there anyone who is familiar with cultural indoctrination? Do you know anyone who has been a victim? Are there any books you might recommend on the subject?

Also, if I were a victim, what would you recommend I do? What kind of things should I look out for? 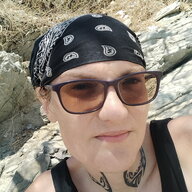 Arguably everyone is indoctrinated by the culture they were brought up in, to some degree. This is normal and not necessarily something to be afraid of.

It can go too far, though. Living in China i met a lot of people who were strongly indoctrinated to see the world a certain way due to the overbearing influence of government propaganda in the schools and the media. It was almost impossible to get them to see outside the box on certain issues, and i found that sad. It's not just dictatorships that do this. When American kids are made to say the Pledge of Allegiance at school - while not directly comparable - i also find that a creepy form of patriotic indoctrination.

I presume you are more interested in indoctrination on a smaller level, though, perhaps religion or class based? In that case you might enjoy books by people who escaped cults or very strict religious sects (it's virtually a whole genre on its own these days). I have a few friends who left behind their religious background (ex-Mennonite, ex-JW) and they do find some comfort in reading those books.

Well the only thing I can think of is the MSN roleplaying community. A lot of people were concerned about big corporations ripping off their ideas, or specifically MSN selling their chat logs to producers or whatever, and not compensating them for intellectual property. I don't know if this is actual cultural indoctrination ((?) the practice of desensitizing the public to or redistributing the cultural capital of someone in order to make them easier to remove?) or if it's just a grizzly byproduct of filling a quota, but I have noticed some homeless RPs recently (although I haven't participated) and it makes me wonder if they are being compensated with information in order to refine it into a more marketable product, if they are being similarly exploited, or if they are just crazy thrillseeking hedonists. I don't know what.
You must log in or register to reply here.

On the road again