Go for the food, stay for the fun, make some good contacts, get teach/learn some info and skills, get a dedicated government agent assigned to surveil you, and then admit you're not important enough to really warrant that.

[...and, Let the anti-CrimethInc. rants commence!] 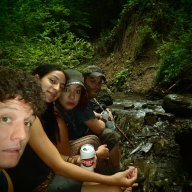 milwaukee is actually right next to my home town, kenosha, how ironic that something interesting is actually hosted in my area the year that i decide to travel, i'm considering going to this if i can get to that area, however i'm growing increasingly less fond of crimethinc lately, and they "purged" traveler kids, and i don't want crimethinc cult kids throwing stones at me : (
J

jade said:
however i'm growing increasingly less fond of crimethinc lately, and they "purged" traveler kids, and i don't want crimethinc cult kids throwing stones at me : (
Click to expand...

What are you talking about?

i think i actually met the kids behind this 2 yrs back- wasn't very impressed.
da-na-na-na-na

i don't want to discourage people from going per se... but, every crimethinc gathering ive been to has been boring as hell. also, ive been feeling more and more alienated by those kids because im getting older... so i end of kinda feeling like everyone thinks im a narc or something. maybe im just paranoid, but it's really hard to meet cool people there if you don't look/act a certain way, or are over a certain age.

at EVERY CT gathering ive been to, ive had WAY more fun once i left the woods where the gathering was happening, and hung out with the real punks/activists in whatever nearby city it's next to.

crimethinc was really one of the big catalysts in my life, but it's totally gone down the crapper now. they really, really, need to abandon the name and go on and do something else (even if it's the same general thing with a different name). 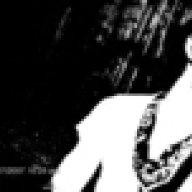 MattPist said:
crimethinc was really one of the big catalysts in my life, but it's totally gone down the crapper now. they really, really, need to abandon the name and go on and do something else (even if it's the same general thing with a different name).
Click to expand...

yeah i can see that.
agree for the most part.
just may still check this out though, it arouses a bit of an interest.

I'm thinking of getting out to this from Portland.
(Probably catch-out to Seattle, then to Spokane, and hitch from there. Any better ideas?)

I hear what mattpist is saying about CrimethInc being an early catalyst and subsequently diminishing in esteem; but as for the convergences being boring, I've heard that from "anti"-CrimethInc kids that the meetups were really cool.

And I'm sure I'll be suspected as a 'narc' or infiltrator, though such people always 'blend in' with the look of the group, right?
I've met very few radical/counterculture types who appear as mainstream as me. (But every crusty, grimy trainhopper I've spoken with on the streets of Eugene, Portland, and Seattle has never heard of SquatThePlanet, so your looks only mean so much or so little.)

i went to this years convergence, and i have no interest in attending another crimethinc gathering every again. there's a lot of in fighting about small differences in opinion, and if you don't look ''radical'' (crusty, torn clothes) enough no one will talk to you, and everyone is accusing each other of being an fbi agent
B

yeah, i thought the same thing upon encountering these folks in the park in milwaukee, but luckily had the foresight to walk the other way after talking to them. i ended up hanging out in that same park with two other tramp kids-we drank a beer and got the same looks I get from yuppies while walking through towns. stuck in the woods for five days with them folks? no thanks. i had intended to go see some friends from winona, mn who said they'd be there, but there's always a better setting. sucks that you had a terrible time.

hey, by the way. how was post-convergence time? did steve (cp bull in milwaukee) have a field day?

we got dropped of in that park in Milwaukee, and ended up running into this cool kid who let us crash at his squat for the day, and then hitched into kenosha. i haven't heard of any problems in the milwaukee yard, but i'll find out soon enough if i catch a train out of there to go to the RNC.
crimethinc...i dunno. i have conflicting feelings towards crimethinc as a noun, but crimethinc as a verb i do every day. when i was 17 i read Days of War Nights of Love, that book opened my mind up to a world of possibilities, but now i feel as if i've grown out of crimethinc, and i have a few problems with the organization itself, and no matter how much they say ''we are no an organization, we do not exist" they do. crimethinc uses a lot of the same medias they fight against, they have flashy, elaborate artwork in their books, anything you order of the site comes in a fancy crimethinc package with the little logo printed on it and everything, and it seems like every crimethinc kid i run into has the same mind-set, and is very dogmatic about it too. crimethinc gatherings are good for free food, meeting a handful of people there, and i guess it's entertaining to watch people argue about who is the police informant, or fbi agent
You must log in or register to reply here.