I deleted myself
I have never been excited about a presidential candidate before. I'm kind of embarrassed to admit it, but I fucking love Bernie Fucking Sanders. I went to college in Vermont in 2005-2007 and that's when I learned about him. Lots of folks in Vermont seem proud to be represented by the fellow.

Having been a regular follower of the conversations and content shared on STP over a few years, I suspect that many folks out there could give a fuck about an election. Still, as someone who got actively involved in many of the political protests of my generation (Afghanistan War, Iraq War, US Uncut, Occupy Wall Street), and I've been involved in local organizing, mainly around feeding folks in the street, homeless rights and various other local political engagements - I feel compelled to see how folks out there in STP-world are feeling about the possibility that a presidential candidate might offer a meaningful challenge to the established order. I feel silly even hoping that that might be the case, but if it were anyone else other than Bernie Fucking Sanders, I wouldn't believe it for a second.

Vermont is the saving grace of the country and always has been. More than almost any other state besides Cali they stand strong against conservatism. If the conservatives are talkin smack about your entire state you must be doin something right.

i know almost nothing about this guy, besides the fact that everyone's been bringing him up at work.

Politicians are like the old fable about the fox and the snake: Both are trying to cross a river and the snake asks for a ride on the fox's back...Later in mid-river after the snake bites the fox, the fox says "Hey Why the fuck did you bite me?! Now we're both going to drown!" And the snake says "Fool! I'm a fuckin snake What'd you expect?!!"...

It wont happen the system wont let it happen.

I've heard of Bernie Sanders... used to flip back and forth between diff talk radio stations at work in the truck.
He is often a guest on progressive radio with thom hartmann.
https://en.wikipedia.org/wiki/Thom_Hartmann
OP
S

Matt Derrick said:
i know almost nothing about this guy, besides the fact that everyone's been bringing him up at work.
Click to expand...

Shit, you've got a job? Perhaps the rumors of your oogledom aren't that much of an exaggeration.

Seriously though, Bernie Sanders has been a registered Independent, though he is running for President in the primary for the Democratic Ticket. His politics are far-left. He's calling for the establishment of a whole slew of social programs (single-payer health care and free college tuition chief among them) to be paid for by levying high taxes on the uber wealthy. He's also an outspoken socialist, and has been for 30 years.

He's like the modern equivalent of Eugene Debbs without the long stints in prison.

I have to say, I tend to think that categorical denial of one version of the future is a crucial component of ensuring that that version of the future never comes to be. I'm not saying that it's your fault that the system is fucked, what I'm saying is that this idea that the system is completely unworkable is really useful for those folks who run that shit. At the same time, I also share this idea. Call me ambivalent.

I suppose I'm not entirely disenchanted with the system, mostly because I spend my time working on hyper local and regional political issues. The office of the presidency has always seemed like a bit of a figurehead to me - that not much of any consequence happens out of that office without the approval of a large power-base. All of that being said, Bernie Sanders seems like an anomaly to me, and his support is growing. He's growing in his power-base enough that it leads me to reconsider my categorical denial of the possibility that someone like him could ever be elected president. It seems at least possible, even if it's unlikely.

You know what I wish the guy the best but unfortunately ''checks and balances" means you cant get anything done. The opposition will oppose and resist everything you try to do. Wilson, Truman, Johnson, and others have had wonderful plans but there are too many assholes resisting. Better to just stay in VT and create a utopia there. Remember there are Texans out there who will fight anything good.

Never heard of this guy, but my candidate of choice (Dr. Jill Stein - Green Party) is in the same boat.

Last election, she and her (then) running mate Cheri Honkala were arrested for trying to be a part of the presidential debate, which they legally (by being recognized presidential candidates) had the right to attend and participate in.

This country will never allow anyone who can actually fix things, to get into office. The powers that be only want back scratching and corruption, the only things the people that run this country are good at.

The thing to do: the ultimate act of protest is to apply for asylum en masse in various countries. 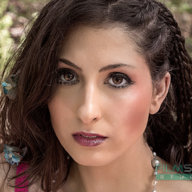 I used to be highly active in politics, as I've always wanted to 'change the world', but after spending so many years working in and around state houses/campaigns/etc., I've come to realize that the system really won't let anyone who will actually make a difference into office. Hell, I've watched my local (very small town) voting being rigged and votes being deleted. Once you put everything together, it's really easy to see who's really running the show- politicians are all puppets. Hopefully one day I'll be proved wrong, but until then, I'm still waiting for a revolution 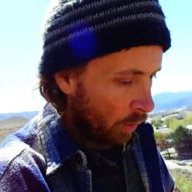 I agree with this^. Corporations and big banks have taken over our political system. They will only let into office who they want to let in office. They have all the power, only 6 corporations control something like 95% of the media, so they have the power to brainwash pretty much the whole country.

That little bald kid is creepy as F. Lol fuck politicians. Join me as I apply for belizean citizenship. No hassles; no questions asked. Cheap, too.

What I think about Bernie Sanders?

Ah. I don't think he's any different that anyone else running president. People seem not to know/deliberatly ignore that he supported many wars back in the day, and every "conspirational thing" I've read about him, I've easily confirmed after a short internet research.

So remember: if it's too good to be true, it's not. He's just another asshole who happened to have a great marketing team
OP
K

Carl Wander said:
What I think about Bernie Sanders?

Ah. I don't think he's any different that anyone else running president. People seem not to know/deliberatly ignore that he supported many wars back in the day, and every "conspirational thing" I've read about him, I've easily confirmed after a short internet research.

So remember: if it's too good to be true, it's not. He's just another asshole who happened to have a great marketing team
Click to expand...

Don't get me wrong, when I first heard about him I thought he would be perfect but after doing a bit of research I'd have to agree with this. Is he better than the other candidates? I suppose. At the same time this whole presidential race seems like such a fucking joke, more so than in the past.
And let's face it, is there really going to be that big of a difference at the end of the day, is shit really going to change that much? Probably fucking not.

exactly what he say.
Which is precisewy why Confucius keep tellin you characters Fuck This Letz all move to Costa Rica/Belize.

Confucius also say Fool me once Shame on You. Fool me every 4 years, i'm a fukkin idiot.

Yes, I remember this from 5th grade social studies... (when they used to teach... at least a measurable percentage of what we should know)...

voodoochile76 said:
Fuck This Letz all move to Costa Rica/Belize.
Click to expand...

I would appreciate a synopsis of the logistics over a pint of trappist ale.

voodoochile76 said:
That little bald kid is creepy as F. Lol fuck politicians. Join me as I apply for belizean citizenship. No hassles; no questions asked. Cheap, too.
Click to expand...

ell you this, cute 'lil, glowy voodoo worm, but..
if we gave that kid a warm 'lil nightcap?

you sure you ain't fukin' wit us?

BTW.. if yer serious about the citznshp, buddy, i may be down..
dunno a thing about it...
You must log in or register to reply here.
Similar threads
Bernie Sanders
trump fucks over SNAP recepients
Fuck cupcakes!!!
why Americia makes me fucking, fucking fucking fucking sick ....
Fuck! Don't let Riseup die!!!
Seattle Police Fucking with Queers
Fucking Reformists...
May 2012, Chicago, if you give a fuck be there
Fuck Alec and the cca
Fuck the Police
Share:
Facebook Twitter Reddit Pinterest Tumblr WhatsApp Email Link