Asheville, NC March last year - Young guy with long blondish hair in all white, I have your tiny statue! (1 Viewer) 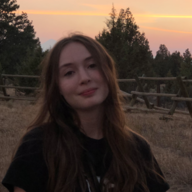 March of 2018 I was in Asheville. There was a very young, weirdly Jesus-esque looking guy panhandling on what I think might have been College St. I was sitting in the park across the street, newly-washed, and eating an ice cream cone for dinner like the degenerate I am – vaguely paying attention to him. Midway through my ice cream he got up with his sign and walked away from the cardboard he'd been sitting on. At the time my long distance eyesight was still relatively good and I noticed he left a tiny buddha (?) statue next to said cardboard. I finished my ice cream, crossed the street, and picked it up. I was in town for two more nights but never saw him again, although I had previously seen him hanging out with a more typical traveler crowd (patches and grease-dreads and, I'm sure, a banjo). I still have the statue, and last night I was looking at it and noticed that certain parts of it had been worn down by rubbing. Made me think perhaps it was more treasured than I had realized at the time. Anywho I would love to return the statue to its deeply zen owner, or at least learn about this mysterious person, if any of you have happened to run into someone fitting this description. I understand I have very little info, here, but I can't imagine there are tons of all-white wearing Jesus-types who journey with crust punks in the traveler community.