Anarchism is the only true freedom, for better or worst. (1 Viewer) 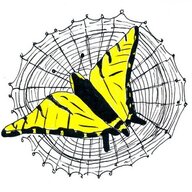 Problems are something we give to ourselves to give our egos something to make us feel we have to confront and let eat us up inside over time, but I have realized thats not what problems are actually for.
They are our signal that changes to our circumstances have arrived and its time to adapt and rethink our former way of life.

In this case finding the law to have no problem betraying my best interests with no explanations, apologies, or sincere and reliable offers to make things better, I have found that I cant see the law the way I once did.

I find that morality is based on circumstances, and my circumstances are that law is at best an ideal because it is enforced by self-centered human beings. It is a pretense, an illusion force-fed to the masses and backed up with cruel actions, whether contradictory or not.

Ill forgive but Ill never forget.
Police get mad that people dont trust them and have turned on them but they even go so far as to take it upon themselves to judge another human beings worth even lacking any context to the persons past experiences with how the law was used to harm them unfairly.

Law is just more dogmatic bullshit and theyre just oppressing people while telling themselves its justice.

the American government is a business and the politicians are the CEOs and all they do is promote greed by making a society that runs on something as worthless and common as paper.
I could easily see them acting like the bureacrats in the Hunger Games that entrap people and throw parties and laugh about how pathetic and powerless the peasants are so they can stroke their own egos. its an inane circle-jerk.
Last edited: Sep 18, 2020

If darwinism was the law of the land, rather than classism created by humans, I wonder what would happen to America. Considering we have nukes I bet wed blow ourselves the hell up. Just to spite ourselves. lol.
if you have the power, end up in a situation where its no longer necessary to use it, some jerks going to ruin the country for everyone just as their way of throwing a temper tantrum. fuckin karens man..
first step is destroying the nukes and all the research assosiated with it. better to be willfully ignorant than trust asshat humans with it. [in this case]
easier said than done is an understatement.

anyway..
if that shit didnt happen, the nuke thing.. what would this thing we call north america look like?
can we trust ourselves to do whats right? the government certainly doesnt have faith in our ability to rule ourselves, but how do we know until were given the opportunity to try.
humanity is still evolving. if you compared our progress to other alien species itd be interesting to say the least, ;o

so thered be a shit ton of chaos but conflicts would be resolved regardless.
but itd be more natural than determinism based on classism.

were just rats in a cage that we are forcefed is a utopic society.
even if our lifespans were shortened dramaticaly, at least it wouldnt be boring as shit. people that would have survived would have earned their longer lifespans and our elderly wouldnt be so backwards as they are now-a-days.

you think what happened in hiroshima and nagasake was awful, our country is held hostage by the self-destruct button called the atom bomb.
if they cant have america, no one can. guarantee it.
Last edited: Sep 18, 2020

It is inevitable that someday I will be locked away. An inevitability I hearby accept.
When theyre wrong, theyre wrong. Locking me away wont make them anymore right.
Power comes from the heart. Power comes from living your best life unapologetically.
Savoring the joy and light you get while it lasts rather than slowly falling apart bit by bit with the bitter taste of regret for never having truly lived in your mouth.
Living is worth dying for.
Last edited: Sep 18, 2020 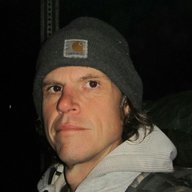 if humans could destroy the earth, i assert that we would have done so by now
You must log in or register to reply here.

D
Sobahs Beddah: A public letter to my sober self about my feelings on mortality.