Log in Register
Toggle sidebar
Menu
Install the app
You are using an out of date browser. It may not display this or other websites correctly.
You should upgrade or use an alternative browser.
Featured Photos

A viking funeral for my cat

All felt calm and quiet as we pulled into the empty parking lot behind the racetrack. We gathered supplies, and slowly made our way to the shore, if it could be called that. Clouds blanketed the entire sky, but the light pollution from this megatropolis made up for the lack of reflected starlight. 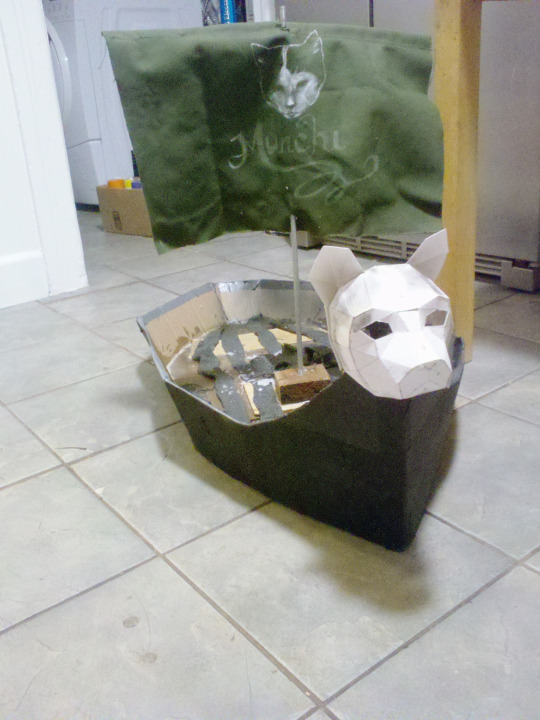 Picking our way across rocks, scrub-like shrubs stunted by the unremitting wash of salt-laden air, and decades old concrete from this special place’s previous iteration as a dump. We used lights sparingly, knowing that we would soon attract enough attention our way. 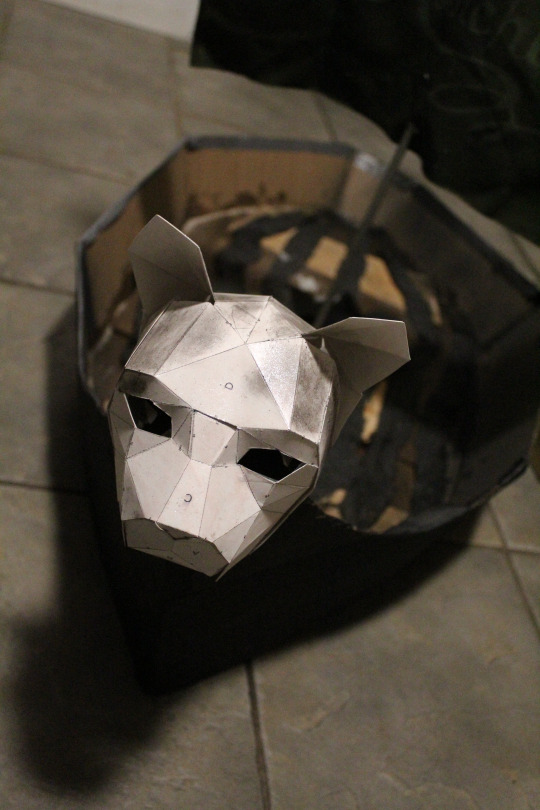 Eventually we made our way to a suitable spot at the edge of the rocks. A cold finger of wasted concrete pointing north and sloping into the bay. We set down our burden on the too-square rocks, bracing against the wind. I pulled out the bottle of whiskey procured on the way. I wet my whistle, matching the water welling in my eyes, and passed it along after my call of “marco?” was met with a chorus of “polo!” 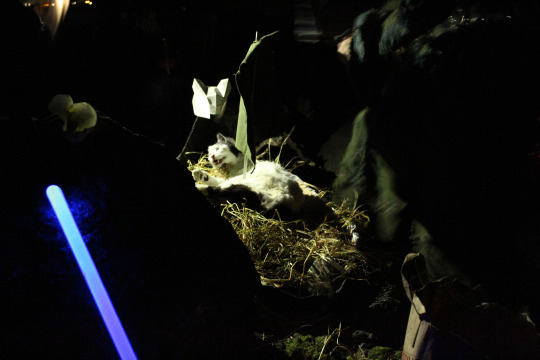 Soon, the time had come. I loaded and straw wood into the wooden, cardboard, and wax craft. And then the precious cargo. So very precious, and so very dead. My feline companion of almost 12 years, the little snuggly rescue moocat. Looking as if he was just normally comfortable sleeping, just like I found him 2 days before. 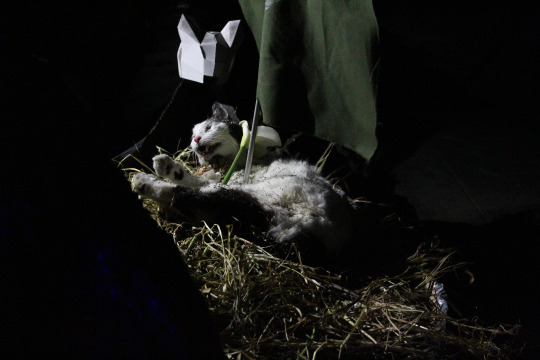 Sprinkling his most favorite treats around him, and we all took turns showering him with offerings of catnip he so loved, a flower, an amulet full of magical intent. And some lighter fluid.

Few words were said, and we lowered the tiny boat into the water. Immediately the sail filled, and the vessel started off. As quickly as I could, with vision blurred with tears and hands rendered clumsy with grief, I managed to light the roman candle. The boat practically exploded once i landed a shot, flames catching quickly as the craft continued to ride the wind and waves. 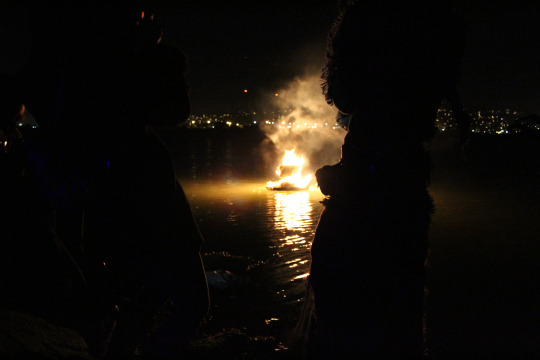 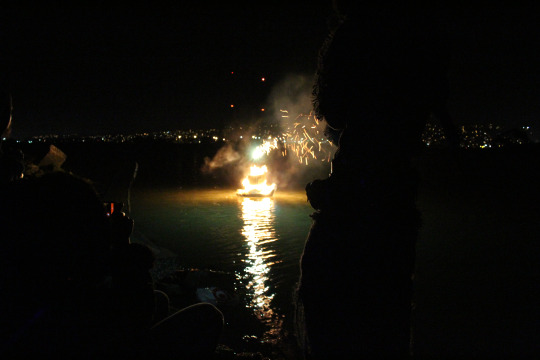 Out of my hands now I thought, as we silently watched my cat recede into the night, in a blaze of glory. minutes later, the fire seemed to subside slowly, and silently water overtook the craft that had been destined for this one short journey. 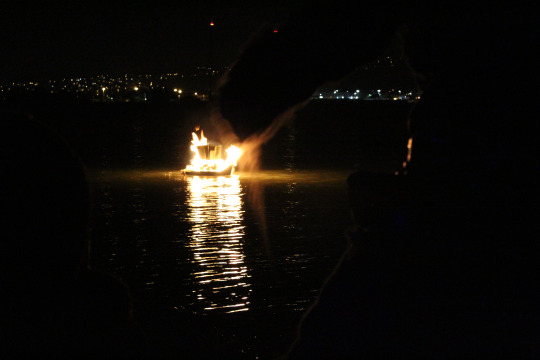 Only 2 spots of light left now, like two little glowing cat eyes, telling us we were being watched. 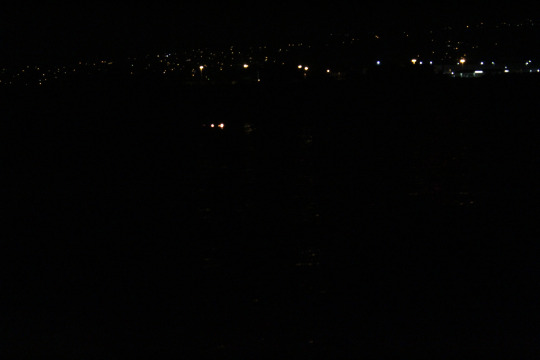 We had successfully sent the little guy into the next plane of his existence, feeling like he’s once again on a new adventure, knowing he’ll keep being great at taking care of himself. He will be missed dearly. RIP Munchi. 4/15/2004 - 3/27/2016
Hylyx
Eldergoth cyborg-in-progress living in a converted Bread Truck and driving/riding around the US (some other countries maybe someday. sigh.) Ask me whatever,I generally like helping people out but i'm not gonna hold your hand the whole damn time...
View all 1 featured items
K

Awesome stuff.Had to dry my eyes there for a sec.

RIP. Incredible farewell for someone who must have been an incredible friend.

sorry you lost your furry friend. How long did it take to build the cat headed viking boat ? the cardboard cat head was nicely done. was it a mask? or did you make it yourself?

i changed the title a bit, added the photos tag, and moved it to furry nomads.

I'll be honest, this thread did make me tear up a little.

May your kitty rest in peace :'(. I am still sad about my first dog passing last year.

UNEXPECTED RESPONSE!!
Thanks everyone for the feedback and well wishes. I was lucky enough to have friends helping me out and stuff.
@dmac66 - the boat took a whole day, and the cat head mask took 2 or 3 hours. I actually downloaded the plans off the internet, they were made for a full-head mask but I just scaled it down.

@Matt Derrick Yeah, I wasn't sure where to post this since I didn't think it really relates to travel. =P Thanks!
D

I closed my account
Well done. You found him comfortably dead. Beauty. Animals do it right.no regrets or sorrow or wanting pity. Just to be alone for the big black.
K

I closed my account
This was an amazingly beautiful story. Sorry for your loss, glad you went to such effort for a farewell

What a great send-off, RIP Munchi

An amazing tribute for your Cat friend.
Rest in peace Munchi.

I'm sorry for your lost.
Rest in peace Munchi.

That's a beautiful way to honor your friend, im glad you did it

and that made me cry a little

Holy shit that is epic! I can't think of a greater farewell for your feline friend. RIP. God, I hope my friends are awesome enough to do this for me when I die.
You must log in or register to reply here.

Furry Nomads Nov 18, 2020
Daisy
the time my best friend and I were caught by a cop

Travel Stories Mar 17, 2021
eyeballstoentrails
Did i just win, or did i just disguise my psychosis

Travel Stories May 29, 2021
wirl
I hopped freights, hitched, bicycled and squated North America for 6 years, now I am off the road and living in ATX.

The In-Between Saturday at 4:14 PM
jaws