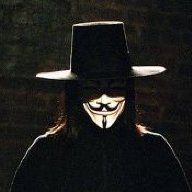 This is kind of awkward timing, given that they just unrolled the member map a day or two ago, but I got the inspiration for this from one of the posts on here (not sure which one).

The premise: You just roll in to town, and aren't sure exactly what to do. Hop on the site, update your zip code, and you can view all users within a certain radius. What actually gave me the idea was someone on here seeing if there was a place to offer a couch/bed/front yard to crash on...that's the idea behind the "active/inactive/host" thing. It really doesn't mean much more than that...an indicator as to what a user's intentions may be.

Right now, it's invitation-only, but you're all invited. Just use "STPUSR" as the code. You'll have a code of your own to give out to folks when you register. Anyone who joins using your code is automatically your "friend", but you can always delete or block them later.

There's also a few other dumb features, like messaging (as if there weren't already enough ways to contact folks) and some very basic mapping features.

I threw this together in maybe two or three days, so it's pretty much a piece of shit as far as websites go. But I haven't encountered any errors...yet. If the idea is worth developing, let me know, and I'll add more as time permits. The next step is a way to search for people (other than by zip code). It's hosted on a free domain, which is why the URL is also garbage. It does this thing where it logs you out randomly from time to time... which I think will be fixed by moving it to a decent server (which costs money).