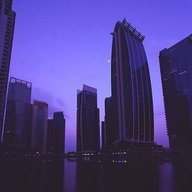 Matt Derrick said:
a more realistic list would be:
basically if you stick to all natural stuff (non-synthetic, factory made crap like coke, heroin, speed, etc) and never touch the sythetic stuff you really don't have much to fear. also avoid any of that pseudo-shit from head shops like fake weed, fake molly, etc.
Click to expand...

It's so interesting how drugs affect people differently...

I've tried shrooms twice and LSD once, the shroom trips were okay and bad respectively. It could have been the setting I was in but it felt like I was wayyyy to much in my head and just spiraled into a bad trip.

LSD on the other hand was awesome, I only took a small amount probably like 100 mic tab and went to see a live concert. I struggle with social anxiety when I meet new people but the whole night I just felt this energy flow when I was talking to them, never once questioned myself.
I ended up driving home after hanging out with some friends and had the classic rock channel blasting the whole drive. It was like I finally understood what that music was about. Also when my lights hit the road signs the reflective shine was awesome.

I would def do LSD again but would have to think about shrooms and the people I am with.

zielum said:
Thank you! I do like the idea of natural cause it's the way I (mostly) try to eat as well. I like knowing exactly what it is that's going into my body.

I used to do spice back in the military cause it couldn't be tested...But recently I've been hearing of people getting seriously fucked up by it and I'm not surprised. There was one variant of it that always made me pass out cold after a short but intense bout of nausea. My dumb ass tried it three times before I finally figured I shouldn't keep trying that variant lol.

Def a fan of alcohol, but as I get older, the hangovers suck worse, and it rarely seems worth it anymore because of that.

I wish weed was better to me. I always get so uncomfortable on it--I can't control my thoughts and actions on it which makes my mind very unhappy, even while I'm sitting there giggling and chattering. And def not a fan of the time distortion.

I tried shrooms once but I think they were low grade or something, all that happened was that everything I pictured in my head was complete Lisa Frank, everything was made of rainbows, but it was only with eyes closed--effect was weak when I opened them.

I also have an affinity for pills even though I know they're terrible for the body. Not sleeping pills! Good god I hated that kind of trip (did it anyways so many times though, dumb ass me). Used to do triple C's regularly, but that wasn't the best of highs either. I reeeeeally like the high from percocet though. I've been prescribed it several times before for surgeries....ahhhh such a good, mellow, happy feeling.

I'm interested in both happy mellow highs, as well as mind trips. First time I tried weed, I passed out and went to outer space lol Floated right past Saturn and Jupiter...very cool and exciting. Haven't ever had that experience from it again though. I'd like to try more shrooms, and then peyote. I think it'd be cool to find it out in the desert, like how much more natural can you get lol

I always thought cocaine had a high risk of death just from one use?..And that acid can permanently damage your brain from just one use?
Click to expand...

I would suggest you be careful with opiate pills and heroin, it seems like your body is accepting to opioids and you might become addicted more easily then others. For me, I can't do opioids. I've only tried pills like 5 times and every time I would throw up in like 30 mins and be sick the rest of the day and that was off like a 15mg Percocet. Plus I don't really enjoy the high and just sitting there nodding off...

If you are looking to try something new, I would say try the party drugs. Find someone you trust that can get you MDMA and go to a party/rave. You will understand why everyone there does that drug.
•••