I closed my account
I can't be the only person who thought this could happen.

http://www.dallasobserver.com/news/...-dead-downtown-declared-a-crime-scene-8470170
A rally against police violence became a scene of bedlam when a pair of gunmen opened fire, killing five officers in downtown Dallas Thursday evening.

The gunmen killed four Dallas police and one Dallas Area Rapid Transit officer. Five other officers and one civilian were wounded. The names of the DPD officers killed have not yet been released. DART identified its slain officer as Brent Thompson, 43, who joined the agency's police force in 2009. Thompson is the first DART officer to die in the line of duty.

One of the gunmen cornered himself in a parking garage at El Centro College. At 12:45 a.m., Brown told reporters that authorities were both negotiating and trading gunfire with that suspect. Shortly after 3 a.m., WFAA reported the gunman had killed himself after about six hours of negotiations and exchanges of gunfire.

The holed-up suspect "told our negotiators that the end is coming and that he is going to hurt and kill more of us and that there are bombs all over the garage and downtown," Brown said. "So we are being very careful with our tactics."

Police arrested suspects at the scene and followed several others who left after the shooting started. Police caught them in Oak Cliff, and as of late last night, was questioning them. "We still don't have complete comfort level that we have all the suspects," Brown said. Those in custody are not cooperating, Brown added. One of those suspects is a woman.

Mayor Mike Rawlings said that large sections of downtown Dallas will be sealed off as a crime scene. He said information on closures and details about which buildings may have to be unlocked to allow investigators access can be found on dallascitynews.net.

"It is a heartbreaking morning," Rawlings said.

As one of the organizers of the Justice for #AltonSterling #Philando Castile, the Reverend Jeff Hood was been standing behind the old courthouse where protesters were gathering and just crossed the street when gunfire erupted and a police officer collapsed.

“The only way to stop violence,” he says, “was by practicing nonviolence, and the answer tonight was death.”

Hood says he turned and screamed at the other protesters who were heading his way, “Get back, active shooter,” and started using his cross he often carries on protest walks to push people away.

“There was nothing I could do,” he says. “Obviously, you can’t stop crazy. But all the shooters have done is make the situation less safe for people who are already less safe.”
••• 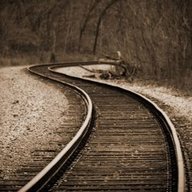 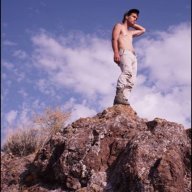 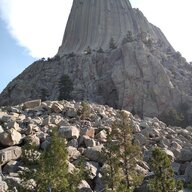 Cops will use this as a reason to be even bigger assholes.
•••

They reap what theyve sown. This country is and always has been a powderkeg. It stays still as long as people of color 'know their place' and say Yes'm and No'm. I reiterate: gtfo NOW. Unless you enjoy martial law.
•••
D

im not against voilence at all when it comes to protesting, in fact i think its important to realize that peaceful protests more often then not dont get anything done except people getting tear gassed and arrested. i think its about time americans started shooting back.

Dallas is just a fucked off place there's only rich and poor there's no middle ground.
•••

Yeah. I resist encouraging dilettantes to revolt because innocent people always end up getting hurt. Yes, people should, and must revolt, it is patriotic duty. But only if you count costs and are willing to spend decades in prison. And nonviolent. Im a pacifist, theres a million ways to dismantle them without anyone dying.
••• 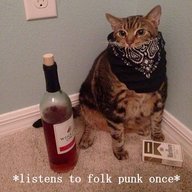 I'm probably going to catch some hate for this, but I think this attack was just wrong. Not all cops are bad, just like not all homeless people are crazy drunken junkies that cause problems. I'm not saying that I don't agree that the bad cops don't deserve to be "punished", but I don't think 'good' cops deserve to take the heat for the corrupt ones. I don't know anything about the cops who were killed, but I'm sure the shooters didn't know them either so who's to say they deserved it? All I'm saying is they could of been good guys for all we know. I've had a ton of run ins with cops and I always try to be chill with them and in return they're cool back. Just last weekend I ran into a cop who had a septum and walked up to us smoking a cig, and was tell us how he used to be punk. When another cop showed up he started talking smack about him and how much he hated his guts haha. Again, not trying to start a argument here, but not all cops are bad people and some can actually be pretty chill.
•••

Killing is never the answer. Round all of them up andintern them in hard labor camps, along with politicians, bankers, feds, realtors, stockbrokers, land developers, celebrities, and judges? -Sure! Exile them to some shitty island permanently? You got my vote. But killing doesnt solve anything. This is going to erupt, and the National Guard will suppress it. Think Watts in the 90s.
•••

Yeah. But "this" is unavoidable. People, lots of them, are going to die and be imprisoned now. The State needs this type of thing, as do the media.
•••

White, Black. Its all the same. The primary truth is that theyre all poor. If cops killed Wall Street types, or 5th avenue fashionistas this would have been stopped before it started.
•••

I agree. The American state and its propaganda arm worship death. Flag wavin, guntotin Americans need war and killing. Its as American as apple pie.
•••

I wouldnt say more crime is committed by the poor than white collar crime. There are a million sociological reasons for the poor and their crime. But dishonesty, greed, violence, lust, etc are human ingredients. The elites are not more virtuous...they just are smart enough to not get caught.
•••

hmph. The foundation is rotten. It was built on the corpses of 50 million Indians, on the backs of countless Black and indentured white slaves...American values are greed, lust, power, war, violence, and hatred. They will now reap the Whirlwind.
•••

There is no Utopia. Hell is other people.
•••

If it doesn't have anything to do with cops getting shot you might consider making your own thread.

I closed my account
holy shit you two just derailed this thread into something completly different.

also defending police actions is a pretty down right fucked up thing to do. saying not all police officers are bad is a different issue, the issue is more often then not putting on that uniform makes people feel powerful, and power corrupts. period. 5 people getting killed is a bummer. i get that. i dont know the cops personally, or their families, but defending that uniform and that form of control especially on SQUATTHEPLANET just seems downright silly. the very life styles (part or full time, 40 miller or year round tramp in any form) is ILLEGAL, these peoples jobs are to enforce laws that more often then not im sure every person on this site has disagreed with. the whole not all cops are bad people arguement is bullshit to begin with, if you wanted to save lives and be a public servent why not be a fireman? oh shit you dont get to carry a gun and enforce laws as you see fit. swearing a oath as a cop is a bastardly unjust thing to do. police arnt drafted, you chose to be mr alpha male and the risks that come with it. if you get killed at a protest at least you got paid, as far as i know no protesters have ever gotten paid to do what they think is right. a jobs a job but being a cop means you could be shot or killed. it comes with putting on that uniform.

honestly im ashamed at the two of you for taking such a "cant we all get alone" attitude on the whole subject. the fact is we cant. "radical" anarchist patterns prove this to us over the course of over 100 years. the state and freedom simply can not co exist without violence. true freedom from oppression comes with a cost.

incoming dislike button.
•••
You must log in or register to reply here.