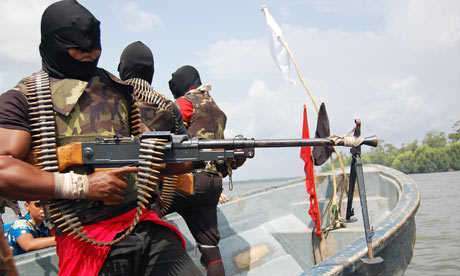 A new militant group, Niger Delta Avengers, has sprung up and is threatening to launch attacks on oil pipelines over the alleged neglect of local communities by the government.

The group said in a statement on Monday, April 18, that President Muhammadu Buhari’s administration places more importance on the oil resources of the region than human lives..

While speaking in China last week, the President had said the government would treat oil vandals like Boko Haram terrorists.

“The presidency can go ahead and set up a permanent security force, as stated by the vice president when he visited the SPDC (Shell Petroleum Development Company) Forcados Terminal,”the militant group said in a statement.

“We are not deterred by such threats as we are highly spirited and shall continue blowing up pipelines until the Niger Delta people are no longer marginalized by the Nigerian actors.”

The group also called warned the international community, especially China, from where Buhari has just returned, not loan Nigeria any money as “there will be no liters of crude oil to service the loan deal”.

Oil pipeline vandalism seemed to have stepped up in the country since ex-militant leader, Tompolo, was declared wanted in January by the Economic Financial Crimes Commission (EFCC) over corruption charges.

Wow, somebody's actually getting Shell to stop/severely limit their operations. Righteous. Shell basically owns the gov't there and has gotten a lot of open, non-violent activists killed:
https://en.wikipedia.org/wiki/Ken_Saro-Wiwa
...so it's fitting that people would take up tactics like these. Reminds me of when I learned that the Somali 'pirates' were actually established to stop French/multinational nuclear waste dumping on their shores.
•••
K

salxtina said:
Wow, somebody's actually getting Shell to stop/severely limit their operations. Righteous. Shell basically owns the gov't there and has gotten a lot of open, non-violent activists killed:
https://en.wikipedia.org/wiki/Ken_Saro-Wiwa
...so it's fitting that people would take up tactics like these. Reminds me of when I learned that the Somali 'pirates' were actually established to stop French/multinational nuclear waste dumping on their shores.
Click to expand... 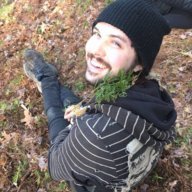 The Niger Delta Avengers (NDA) has warned Nigerian authorities it may “review our earlier stance of not taking lives” if oil companies continue to operate in the country’s oil hub.

The militant group has launched a series of attacks on oil pipelines and facilities in the Niger Delta, where the majority of Nigeria’s oil reserves are concentrated. The NDA has so far rejected offers of dialogue from the Nigerian government and vowed to continue its Operation Red Economy, the purported goal of which is to reduce the West African country’s oil production to zero.


In a statement published on its website on Monday, the NDA said that the oil companies must not carry out any repair works on the affected pipelines and that buying of crude oil from the Niger Delta must be suspended “as we await the right atmosphere that will engender genuine dialogue.”

The NDA has claimed attacks on facilities belonging to several international oil companies, including Royal Dutch Shell, U.S. firm Chevron and Italian oil giant ENI. Some of their attacks have shown a high degree of sophistication and have taken down strategically-important pipelines—the first attack claimed by the group was on an underwater pipeline at Shell’s Forcados terminal and forced the company to temporarily shut down the 250,000 barrels per day (bpd) terminal.

Nigerian oil minister Emmanuel Ibe Kachikwu attempted to reach out to the militants earlier in June, saying that the Nigerian military would step back from pursuing the group in order to establish a platform for dialogue. In Monday’s statement, however, the NDA said it would only participate in dialogue with “independent mediators” appointed by the international oil companies working in the region.

Historically, the Niger Delta has been the site of previous uprisings by militant groups, who have claimed that the impoverished region does not benefit sufficiently from its oil wealth. In the mid-2000s, militants led by the Movement for the Emancipation of the Niger Delta (MEND) decimated the country’s oil production and kidnapped oil workers, with the insurgency only coming to an end in 2009 with the introduction of an amnesty program for the fighters. MEND has publicly called upon the NDA to engage in dialogue with the government, but the latter group has rejected the former and criticized its leaders for abandoning their cause.

Largely as a result of attacks by the NDA and other militants, Nigeria’s oil production has plummeted from 2.2 million bpd to a 20-year low of between 1.5 million and 1.6 million bpd.
••• 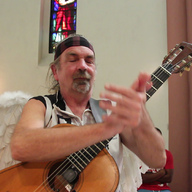 An organisation like Deep Green Resistance want to stop civilization using the same sabotage technique against the pipelines and the electrical grid, but at a global scale.
https://deepgreenresistance.org/en/

"Two people alone made a huge difference using these tactics. They delayed the pipeline for months. That’s something that tens of thousands of people involved in the public Standing Rock protests were barely able to match. While nobody was ultimately able to stop the pipeline, the fact that two women with no training and almost no money were able to seriously damage and delay the pipeline is a testament to how effective sabotage can be." 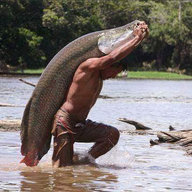 Adnil said:
While speaking in China last week, the President had said the government would treat oil vandals like Boko Haram terrorists.
Click to expand...

What say's the president to all the communities that lay victim of genocide at the hands of shell. Is that not terrorism?
•••
You must log in or register to reply here.